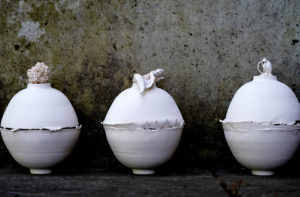 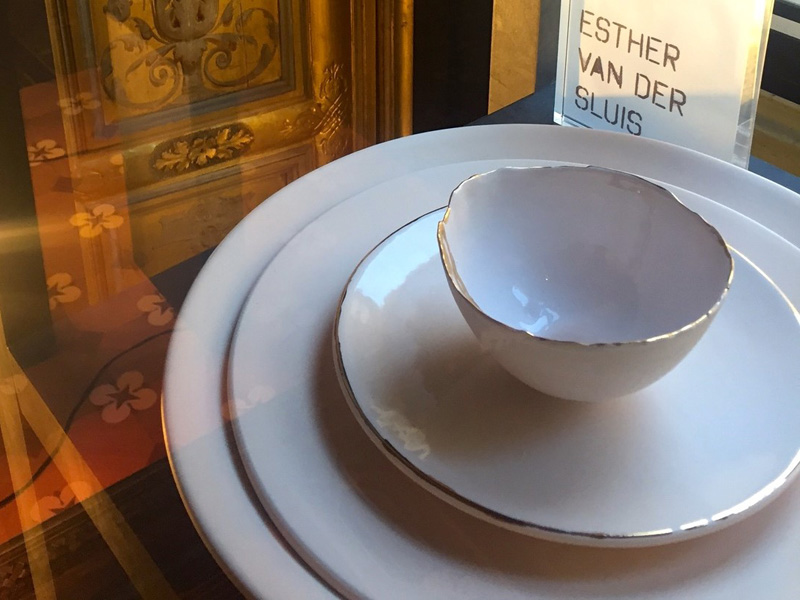 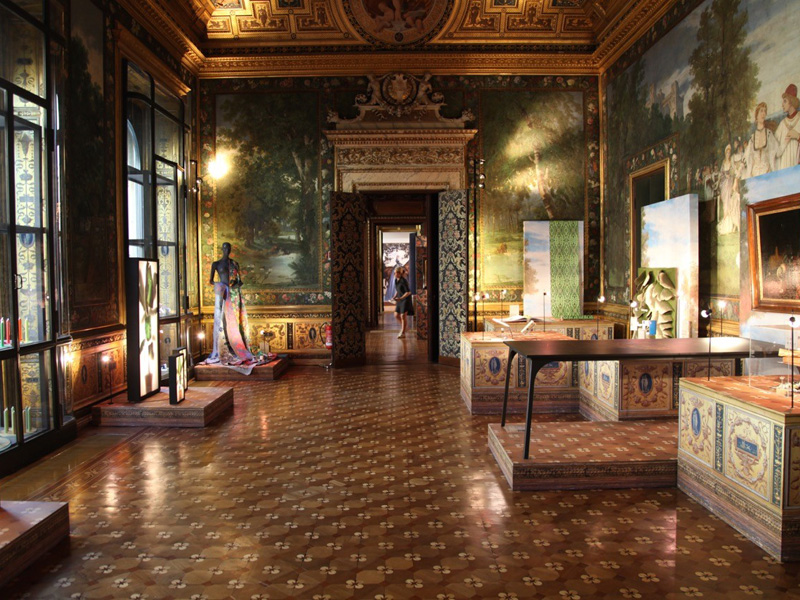 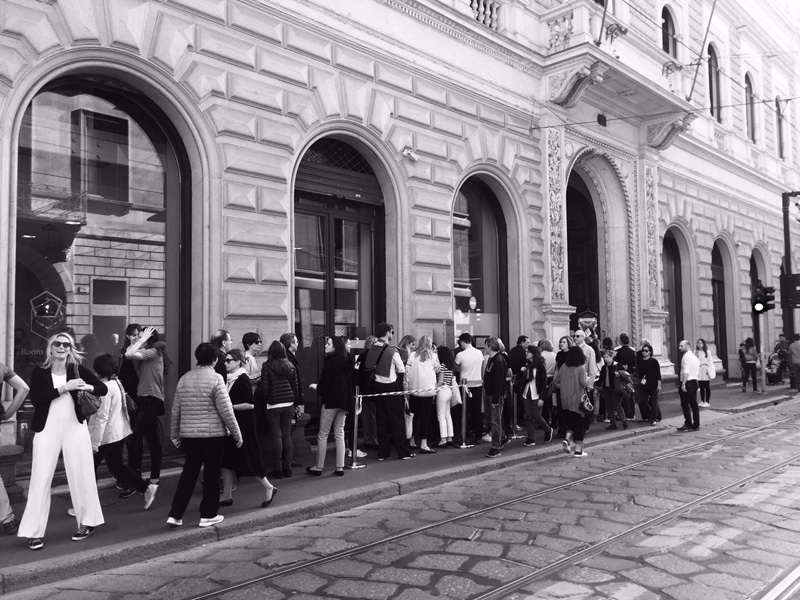 Presentation of ceramic objects in the stunning Palazzo Francesco Turati during the desingweek in Milan. The objects presented had to match with the unique atmosphere of the historical Palazzo.
Objects of ceramics were presented called ‘Powder’ and ‘Delft Blue’. The series Powder is made of delicate thin earthenware in powdery shades. The outside is unglazed en has a raw tactility in contrast with the glazed semi-transparant inside of the objects. Some objects have details of 24 carat gold luster.

‘Delft Blue’
The series ‘Delft Blue’ is made of porcelain with contemporary unique patterns of oxide blue pigment. This pigment is famous for the traditional Delft Blue chinaware that ever came to the Netherlands from the Far East. Typically Delft Blue pigment was traditionally painted on the ceramic. So this series is a contemporary interpretation of the historical Asian original. For this special series the blue oxide pigment is worked through the porcelain by hand so every object has its own unique pattern. Another historical link between my work and the Asian original, is the use of porcelain instead of the Dutch earthenware.

Palazzo Turatti – the Dutch in Milano

‘At the fascinating Palazzo Francesco Turati the Dutch pavilion arises again with the best design and artisan craftsmanship the Netherlands has to offer. Excellent Dutch design, fashion and photography has soul and its own identity.

At the contemporary spaces of the Palazzo, Dutch companies and top designers who hold high the banner of artisan craftsmanship and fine design are represented.

During the Salone del Mobile the Dutch pavilion is a beacon of sublime design, quality, artisan craftsmanship and innovation. Joined forces that draw attention and publicity. With the museum exhibition and presentations that strike at the design Mecca Milan.